Do I Have Rosacea On My Arms And Legs?

Red hot, flushing skin on your face. Tingling and creeping sensations after you eat a certain food. Unsightly bumps on your upper arms and legs. All of these symptoms make you question what is going on inside of your body.

If you've been diagnosed with Rosacea, you may feel like your skin condition is working it's way down to your arms and legs. Rosacea on your arms may feel like an unlikely explanation for the bumps on your upper arms and legs, but when it comes to your health, you can't rule out anything too quickly.

According to the American Academy of Dermatology, rosacea is a type of inflammatory skin condition, which manifests as redness or flushing of face.

Rosacea starts as tiny broken capillaries on your cheeks and nose (sometimes referred to as "spider veins") and eventually progresses into tiny red papules and pustules (typically without the classic whitehead), which looks similar to traditional acne. The redness starts on the nose and cheeks, and has been know to spread to the forehead and chin, and even the ears, chest, and back.

So, Do You Really Have Rosacea On Your Arms and Legs?

It's unlikely that you are experiencing rosacea on your arms or legs because the main area you'll experience rosacea will be on your face. Eczema, keratosis pilaris, or psoriasis are all possibilities to investigate for the bumps on your arms and legs.        If you still think it's rosacea, here are the common body manifestations of this skin condition:

Rosacea Rash On Your Body? 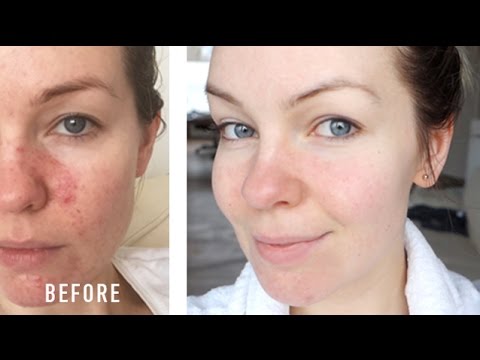